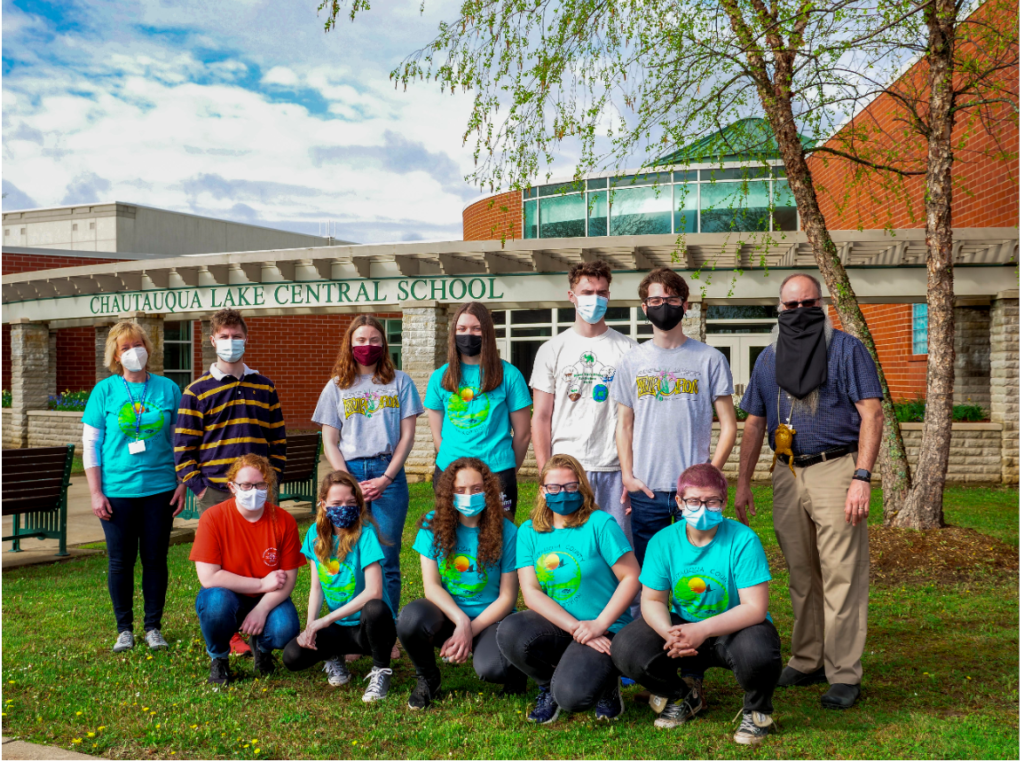 At the last workshop held at the SUNY Fredonia Campus, Dean of Liberal Arts and Sciences, J. Andy Karafa, Ph.D., welcomed students from all over Chautauqua County. After a brief introduction from the Chautauqua County Soil & Water Conservation District Field Manager, students actively listened to presentations on Aquatic Ecology, Forestry, Soils, Wildlife, and the 2020 Current Issue that were presented by Chautauqua County Envirothon Judges. After each presentation, students had the opportunity to participate in a live question and answer session with each judge and were able to examine a variety of specimens that were related to each of the presentations. A few months later, it was decided that the 2020 Envirothon field event that was to be held at Mission Meadows on the shores of Chautauqua Lake in Dewittville, New York could not safely take place due to the COVID-19 pandemic.

Chautauqua Lake Central School Envirothon Coach Mary Jantzi said, “Coordinating with students was a much more difficult task this year as meeting in-person required many safety protocols that aligned with our school district’s plan to keep students and staff safe.” She added, “Coaching in 2021 for this event involved much more pre-planning while relying on dedicated student team members to follow through on studying a very broad range of material listed on the NYS Envirothon Committee’s website which included skills in identification of a great deal of flora and fauna, as well as having an extensive knowledge of different areas of soils, wildlife and aquatic ecology.”

Envirothon Coach Mary Jantzi informed Chautauqua County Soil & Water Conservation District that Chautauqua Lake Central School District Team 1 took 8th place in the virtual NYS Statewide Envirothon Competition and finished in 2nd place with their Oral Presentation. Coach Mary Jantzi noted that during the Oral Presentation, the students presented a plan to address an issue relating to a plausible scenario that was developed by the NYS Envirothon Committee that pertained to this year’s current issue (Water Resources Management: Local Control and Local Solutions). The presentation went on for approximately ten minutes and was followed by a question-and-answer period.

The District was thrilled to receive this exciting news and would like to recognize and congratulate Chautauqua Lake Central School Team 1 for their most recent accomplishments. Due to the high turnout from Chautauqua County students and the number of teams participating in a typical year at the Countywide event, the District does not offer a presentation component in the local competition, while other counties still do incorporate this aspect. With this thought in mind, District Field Manager David Spann, who has spearheaded the Envirothon in Chautauqua County in years past, said, “It is quite remarkable that the students scored that highly on their oral presentation”.

See how we have educated students in Chautauqua County in the past about the importance of conservation at all levels.

Select the presentation links below to explore information related to Envirothon rules and past categories.